For all ages and abilities

Request Form
About
Previous Next

History of the NJ School of Music

The History of the Medford Location 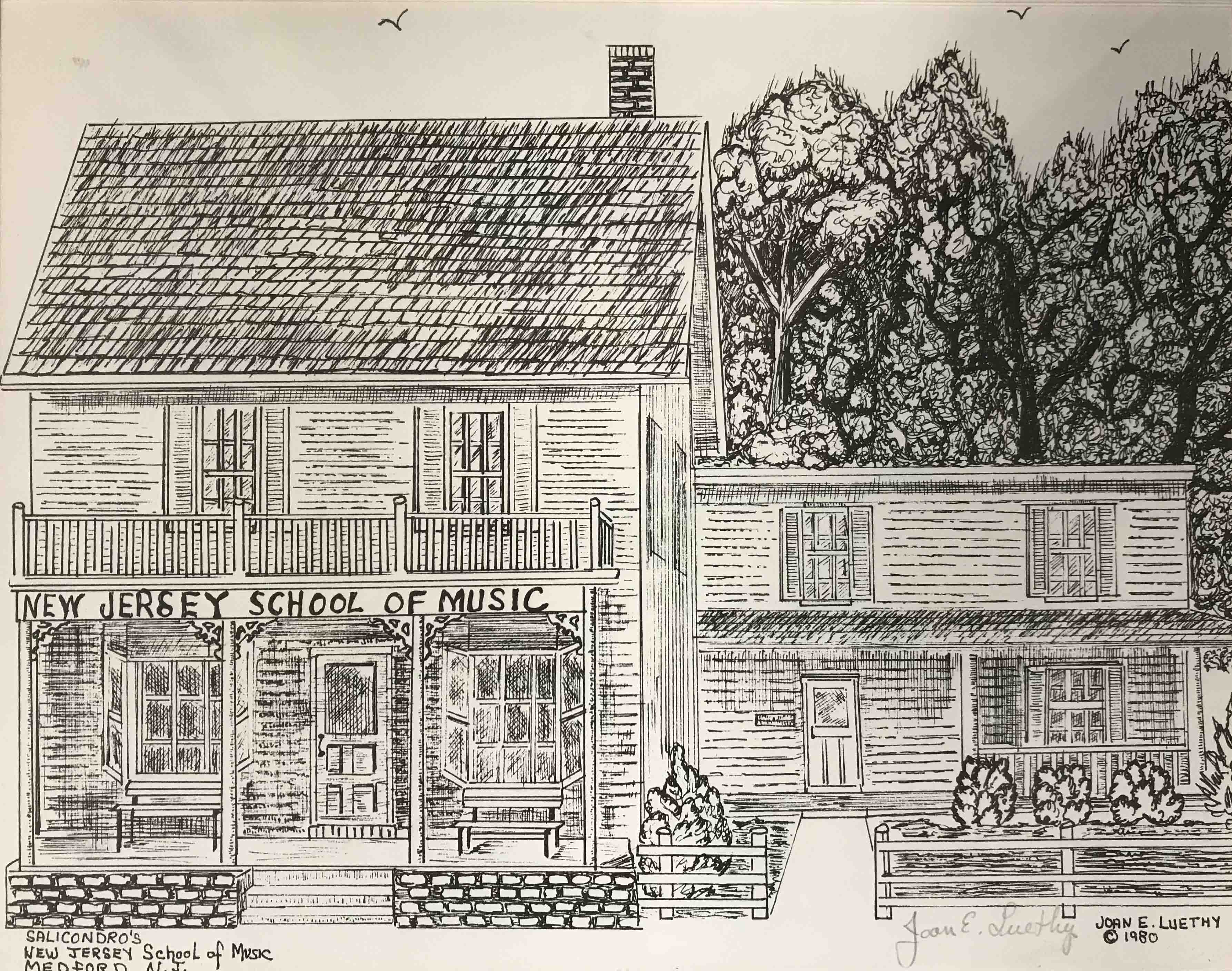 The building that houses the Medford location of the New Jersey School of Music has an interesting history. The building originally resided on Main Street. Sometime in the late 1800's the building was moved to its current location on Union Street. 10 Union Street became a candy and tobacco shop in the 1920's. Medford children would stop by for candy bars and ice cream after school. Sometime after that, the building was converted into a bakery and then in 1958 it became the NJ School of Music. The coal shoot for the bakery oven is still visible in the cellar. 12 Union Street was a residence until sometime during the 1960's or 70's when 10 and 12 were connected to create the current configuration.

10 Union is about 200 years old, while 12 Union is about 150 years old. Both buildings sit on top of a local quarry stone foundation that is unique to Medford. The flooring, also from a local source, unique to Southern New Jersey, is pumpkin pine. Although beautiful, the floors are carpeted due to the soft nature of the wood and to help with sound proofing.

Unfortunately Medford Township does not have the property records for the building. The folder they are supposed to be in is empty. The information we have has been passed to us by people who have lived in Medford for their entire lives or from contractors who have worked on the building.

The History of the Cherry Hill Location

While not as interesting as the Medford location, the building that was purchased by the NJ School of Music in September 2012. It was built in the 1950s and was originally used as a medical facility. Later it was converted into office space and now houses a few private offices as well as the New Jersey School of Music.

We love this school. My son started a couple of months ago when he was 8 with no experience. He just attended the spring recital this past weekend and I'm so proud and impressed with everything! His performance brought tears to my eyes.

We found the perfect music therapist for my child! We started more than a year ago and my daughter is always excited every time she goes to NJSM. We couldn't be more happier to see her grow and discover her music talents. Thank you!

The teachers are caring and very helpful. They truly are professional in the instruments they play or voice training. They take their time on teaching you. I'm a student at their Medford campus and learning the Flute. The teachers make music fun and exciting.